Home / Description of the structure and functions of spine / The anatomy of the human tailbone: where is looks like and what is needed

The anatomy of the human tailbone: where is looks like and what is needed

The Coccyx is the lower end of the spine, small bone structure is triangular in shape. Why would anyone need to know how is the coccyx? Normal location the body does not attract attention, but the pathology is in the coccyx cause serious problems.

the Coccyx and its structure

On the images you can see that it is composed of three to five fused vertebrae. A single structure, they begin to form upon the completion of puberty, usually by age 40 all the coccygeal vertebrae, except the first, are fused. The coccyx is movably connected to the sacrum via the sacrococcygeal joint (is a joint), so maybe its posterior deviation if necessary (for example, when the baby passes through the birth canal). Sometimes this connection can be fixed by fusion, which is more common in men. 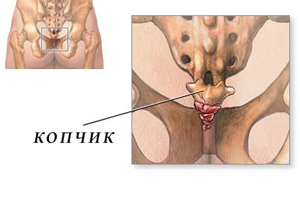 Scholars believe that during the evolution the coccyx has become the part of the spine, which supported the tail. Currently a person the tail is not needed, and therefore the tailbone has lost its original role. Why this small section of the spine?

so, having considered all the functions of the tailbone, you can understand why nature has completed the spine in this way. But all he made in the same way? 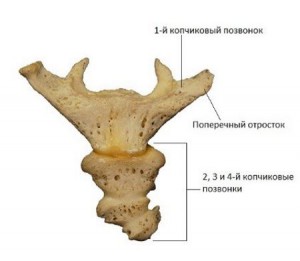 normally, the coccyx is as follows: top down, forming an acute angle directed anteriorly from behind. Such a structure of the coccyx is about 70% of cases. There are also other kinds of the location of the coccyx, when its top has a different direction or the tailbone is tilted at another, more sharp angle (bending, curvature). This structure coccygeal spine can be congenital or acquired (injury, torn ligaments between the sacrum and the coccyx). 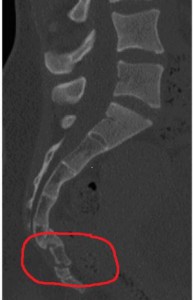 As a rule, abnormal anatomy of the coccyx does not bother the man and is detected accidentally on x-ray images. However, those who go to the doctor about coccygeal pain (coccygodynia), significantly more frequently detected atypical location of this spine. In addition, the bend of the coccyx anteriorly can complicate the course of childbirth, so women who have had an injury or pain in this area should be screened before pregnancy planning.