Anatomy and pathology of the sacral plexus

A Critical element of the peripheral nervous system of man is the sacral plexus (plexus sacralis), which innervates pelvic girdle and the belt of the lower extremities. Inflammation p. sacralis accompanies neuralgia, which covers the pelvic area, legs and even feet. For the understanding of pathological processes is important to know the anatomy of the sacral plexus.

P. sacralis originates from the first four spinal lumbosacral roots S1-S4 and the last two roots of the lumbar (L4-L5, and the fourth just anterior branches). It is part of the lumbosacral plexus. P. sacralis has a triangular shape. Located in the pelvic cavity between the two fasciae. In this area, is on the anterior surface of sacral bone and Piriform muscle (m. Piriformis). From p. sacralis go long and short branches. Anatomy zone, which innervates the coccygeal plexus, large.

Short branch ends directly in the pelvic area. Here is part of the plexus innervates a number of muscle – the obturator, piriformis, gluteal and square of the anus and PC muscle, m. Tensor fasciae latae, the capsule of the hip joint. Also branches provide innervation of the perineal region, the anus, the penis in males, clitoris and labia – women:

P. sacralis enable movement and sensitivity of the pelvic division, that is, innervates the leg, the foot, the area of the perineum. This is the main function of the sacrum. Therefore pathological processes associated with p. sacralis, accompanied by extensive pain and impaired motor and sensory function of lower extremities.

Why there is a lesion plexus

The defeat of the lumbosacral plexus is most often associated with the following pathologies:

The defeat of the lumbosacral plexus can be caused by inflammation of the nerves – both infectious and aseptic. Compression in narrow spaces (intervertebral foramen, the gap between the muscles) leads to tunnel neuralgia (neuropathy).

Moreover, pathologies can arise because of nerve damage, but because of the underlying disease in the zone p. sacralis innervates. It may be tumor, infection of the internal organs, blood poisoning.

An Inflammation or pinching of the lumbar-sacral plexus accompanies the main symptom – pain. This neuralgia. If affected branches or the entire plexus, the epicenter of the pain is in the lower part of the body. It may radiate to the lower back, gluteal region, thigh, calf or even foot. Neuralgia also may occur with pressure on the anterior wall of the sacrum during a rectal examination or in the crotch area.

The nature of the pain in neuralgia is most often a long, blunt, intense. If there is a pinched, unpleasant sensations may be coming, aggravated by physical strain on the gluteal region or the spine. It all depends on the place where jamming has occurred. 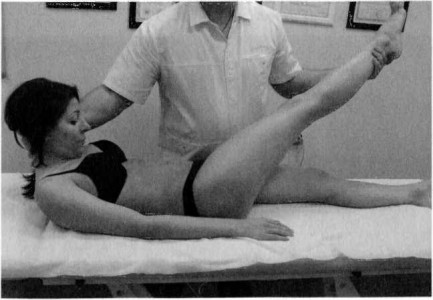 Neuralgia with the above symptoms in the areas innervated by the exhaust from the plexus branches, shows that there is inflammation or a pinched nerve.

Diagnosis of the pathology of the plexus sacralis

Initially you should determine the primary reason for the neuralgia. For this we have to distinguish between inflamed and pinched. Conduct MRI or CT of the lumbosacral spine to identify hernia, degenerative disc disease as a possible cause of neurological symptoms. 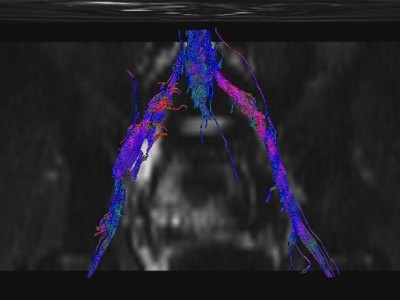 If the pinched nerve roots exit fromof the spine have been identified, you should check the exhaust from plexus nerves. To clarify the location of pinched nerve can novocaine blockade to muscle spasm which causes the symptoms of incarceration, compression of nerve fibers.

Radiological study is a way to check if you suspect a tumor, which is causing a pinched nerve.

The Treatment is prescribed by a neurologist, who determines the proper course for full recovery. It usually consists of drugs, massage, physiotherapy, chiropractic and osteopathy. Surgical intervention is required only in case of serious pathology of the spine, tumours or necrosis of muscle tissue.