Anatomy, structure and physiology of the intervertebral discs

The Intervertebral disk is a flat round structure. It is based on the cartilage that connect the vertebrae. The intervertebral discs occupy about a quarter of the length of the spinal column. The largest of them are located in the lumbar and cervical. Here is recorded a large amount of physical activity. Structure of vertebrae semi-stretched, so in the body they act as shock absorbers. The vertebrae are able to absorb heavy load and thus elastically move. Over time this function has been distorted.

At the heart of every vertebra is a solid outer layer. It surrounds a gelatinous center, protecting it from excessive load. The outer layer includes fibrous fiber. The main feature of their structure is crossing each other and the wedging in the vertebral body. External departments have a strong correlation with the longitudinal ligaments of the spine.

In the basis of drives is:

This structure allows the discs to play the role of spacers. Inner layer and the core act as so-called cushion. They provide a smooth and elastic movement. the nucleus Pulposus consists of a large amount of water, cartilage cells and fibers on the basis of collagen. The first element is always under pressure. 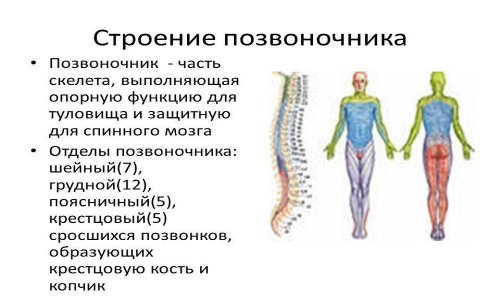 The Upper and lower parts of the vertebrae adjacent to the disc. Their surface is covered with a special plate on the basis of hyaline cartilage. Building the kernel because significant amount of water in it can change form. In the result, the vertebrae move relative to each other. This allows them to elastically bend and straighten.

If the spine is excessive load is fixed thickening of the kernel. Any changes are controlled by elastic fibrous ring.

The Intervertebral disc performs a triple function. In his "duty" is:

The Last function is achieved by the special structure of the disk. It is responsible for the entire biomechanics of the actions between the vertebrae. It is based on a fibrous disc in the center of which is a jelly-like core. It consists of mucopolysaccharides. Their main function is to regulate the elasticity. This is achieved through a specific ability to give and absorb the water. 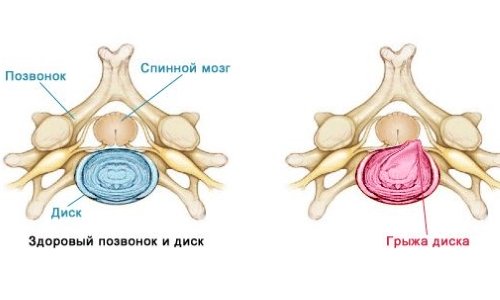 With increasing intensity of exercise mucopolysaccharides absorb the liquid. Through this process, the nucleus growing in size. This increases its shock absorbing feature. As soon as the load is reduced, fluid is given and the elasticity is gradually reduced.

In childhood, the intervertebral disc is almost half the total height of the spine. This fact explains the increased flexibility of the child. Water and nutrient exchange of the disc until a certain age is done through blood vessels. In adults occurs obliteration, so the function moves to the adjacent vertebrae.

When the initial deformation in the spine biomechanics of the disc starts to decline.

The Core rapidly weakens and gradually shifts under the influence of excessive loads.

Once you could end up going beyond the vertebra. In this case, recorded the presence of so-called hernia.

The Longevity of the spine and its proper function is dependent on proper metabolism in the body. This again points to the fact that people should eat normally and enrich every cell of beneficial trace elements.

The Main feature of intervertebral disks is that they are different levels. This process depends on the Department and is due to lay on him the load. The minimum height of the vertebra is 4 mm. It is Fixed in the thoracic region, this is due to the almost complete lack of movement. The most moving is the cervical spine, the disc height is 6 mm. High in the lower back is fixed and equal to 12 mm. In the lumbar spine the large axial pressure.