Home / Description of the structure and functions of spine / Where is and is responsible for latissimus dorsi?

Where is and is responsible for latissimus dorsi?

Latissimus dorsi belongs to the group of the largest entities of the human body. in addition, it can be attributed to the group relief and the most externally visible.

Muscles, tendons, and aponeuroses, as part of one system

The human Muscular system is built on the principle of antagonism of the action.

If there is muscle lifting the bone, it means that she is sure to be your antagonist, lowering the bone. In addition to lifting and lowering of the antagonists, have abductor and adductor groups. There are also groups with similar functions. They got the name of the backup.

The Purpose of muscles is to move bones. Helps them in this system of tendons. The cluster of tendons that form a flat, wide cord, called the aponeurosis. It performs two functions: it connects the large muscles with a whole group of bones or with a bone and creates a protective unit where there is no other protection. A Prime example of this tendon protection system are the aponeuroses of the abdomen and back near the kidneys. The latter is connected with the aponeurosis of the broadest muscle of the back. 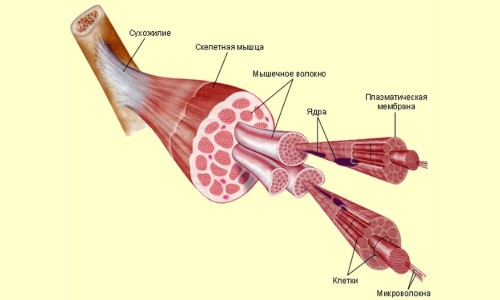 All of the muscles connected with the bones – only so they can perform their functions. Human movement is carried out via alternate contraction and relaxation of different groups. This ensures the necessary coherence and feasibility.

topography of the latissimus dorsi

due to its location the muscles are divided into superficial and internal, as well as in groups with different localizations.

A Wide belongs to the category surface. It is often called the wings back, because a trained person it becomes very convex and substantially changes the shape of the back.

It is symmetric and consists of two parts: right and left. Each of them has a triangle shape large area.

The Two parts form a wide strip located superficially in the lower back. The upper beams are hidden under the trapezius muscle, the rest part is located directly under the skin.

Starts the muscle at the spinous processes of the lower part of the thoracic spine, as well as leaves from all the lumbar and sacral vertebrae, iliac bone, of the leaf surface thoracolumbar fascia. 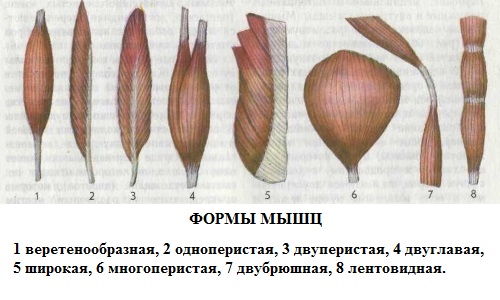 be Limited in describing this muscle only the data information that would not be correct. The fact that functional and anatomical points of view, tendon, and aponeurosis should be considered as a continuation of the muscles, or their combination. In the lumbar region latissimus dorsi from the two sides form one of the most wide aponeuroses. It is a shield that covers the lower back near the kidneys and below.

The Upper beams go obliquely upward toward the front part of the thorax. Additional beams in the form of 3-4 teeth cover the large round muscle and the lower angle of the scapula. Here she is, taking part in the formation of the axillary cavity is attached to the humerus.

Blood supply is provided by the transverse cervical, suprascapular and lower intercostal arteries. Innervation is via the thoracodorsal nerve. 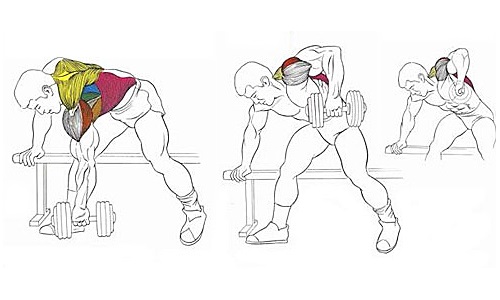 The Function of each muscle is, what movements it is capable of in a healthy condition. However, if we consider that these functions are achieved by using tendons, the aponeuroses forming, it should in this context be regarded more aspect of protecting internal organs from damage.

As one of the largest muscles of the human body, it does not seem a particularly important organ. Significance of the body in the first place could be put, for example, the trapezius muscle that provides movement of the head. However, all the muscles of the trunk, unlike the front, are of ancient origin. The widest dorsal left with someone from his ancestors, to which the load on the shoulder belt in place of its connection with the body was of greater importance than the man who became permanently bipedal.

With this bad now demanded the mechanism of the ancient man and his evolutionary ancestors had great climbing trees, and more importantly, to fly from tree to tree.

However, developing the latissimus dorsi, the man pays homage to his evolutionary past, and increases the possibility of the body that is in demand not only in the jungle when flying from tree to tree, but in our time the variety of needs and necessity.