How does the human spine and its component parts

The Vertebral column of man performs a number of essential functions. Among them, the retention of the bones, muscles, protecting the spinal cord and internal organs from damage, depreciation, and hematopoiesis. It consists of separate elements, whose number can vary from 32 to 34. They are divided into 5 divisions depending on the anatomy, functions.

structure of the vertebra

Every vertebra, regardless of location, has the body off of it with spikes. Using the upper and lower articular sites they are grouped together. Spinous process facing backwards and with the similar forms a single line that can easily be felt through the skin on the back. In addition, there are two transverse process serving for muscle attachment.

Between the spinous, two transverse processes and the body is formed a circular opening that houses the spinal cord with its membranes. And between the bodies on each side are formed of the intervertebral foramen. Through them to the internal organs leave the spinal nerves. The space between the vertebrae is filled with cartilage that performs a shock absorbing function. 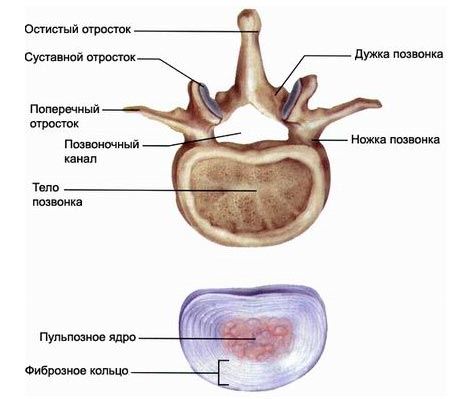 the Structure of the vertebrae and intervertebral discs

Anatomical structure of the human spine consists of 5 departments: 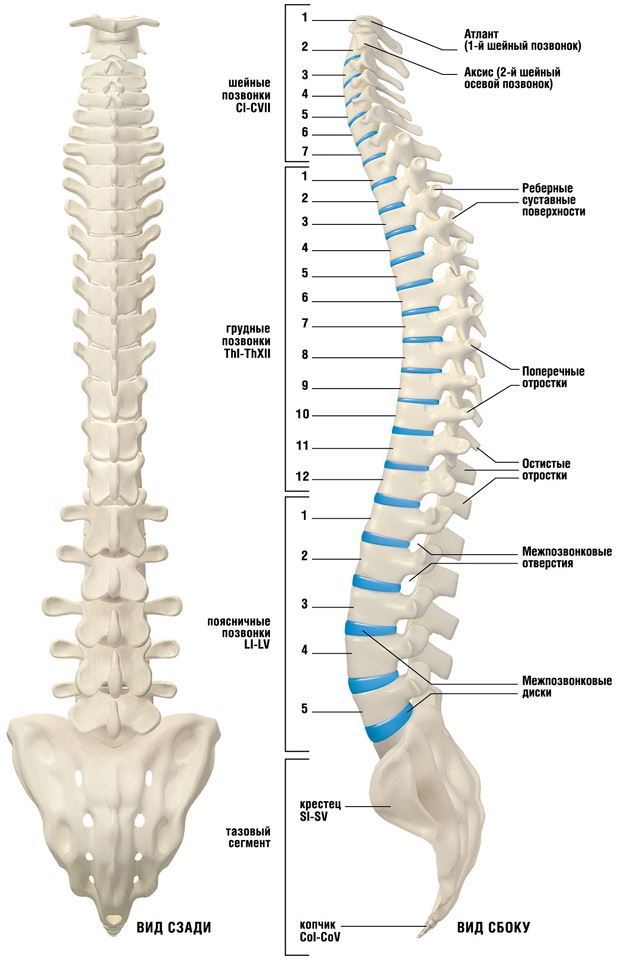 the spine. Side view and rear.

Curves of the spine

With the transition to bipedal locomotion in humans has formed four physiological curvature of the spine: 2 of 2 lordosis and kyphosis. So, in the cervical, lumbar spine when considered in profile has a deflection forwards (lordosis), and in thoracic, sacral – back (kyphosis). Lateral curvature in the frontal plane is called scoliosis, they are considered pathological. 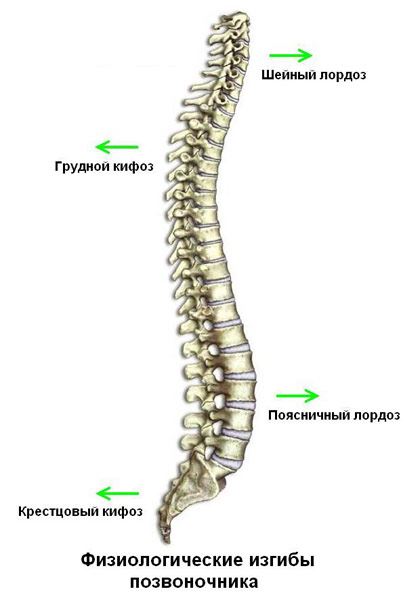 the Physiological curves of the spine: lordosis and kyphosis.