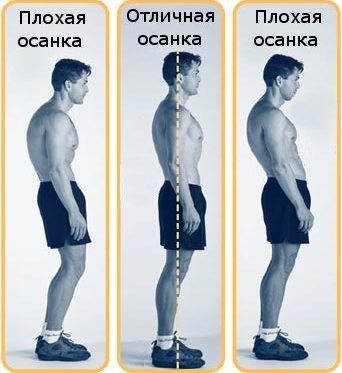 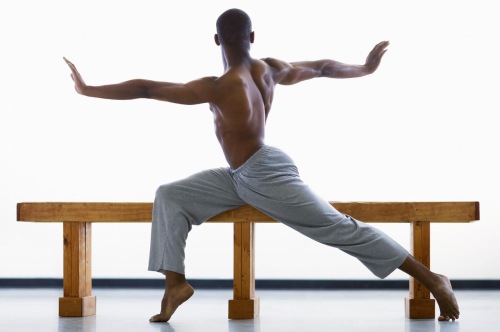 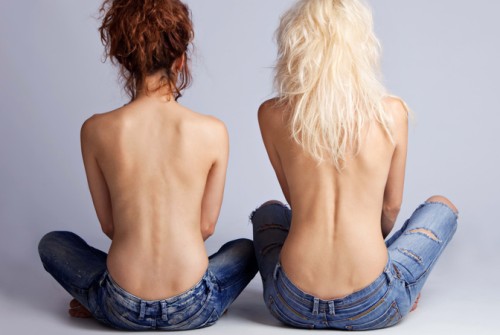 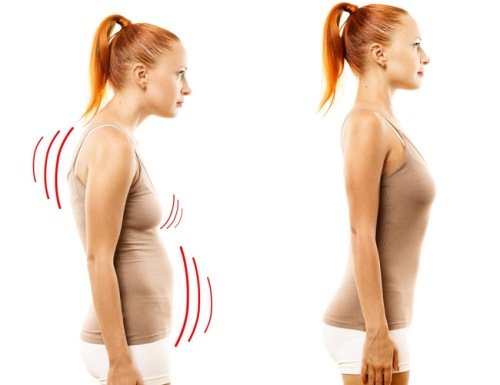 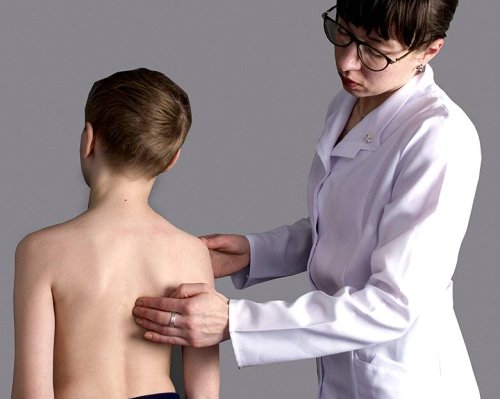 Home / A series of articles on spinal curvature and posture / All about posture disorders: causes, types, prevention, treatment exercises

Poor posture is not a disease, but leads to serious pathology. On the background of reduced mobility of the chest, worsening the depreciation function of the spine, disturbed activity of the Central nervous, cardiovascular, and respiratory systems.

Principles of classification of posture

In medicine, there are 5 main principles for determining the normal posture: 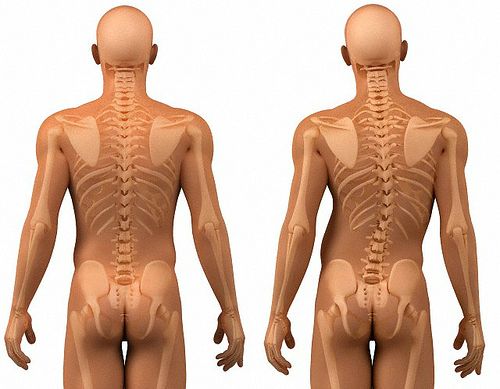 Asymmetric posture (curve, pathological) is characterized by a deviation of at least one of these parameters from the norm. To determine the type and curvature of the back and assign qualified treatment, created several classifications of the disease.

In America, the scoliosis was classified until 1936 Brown on typology, which was adopted in 1927 and included 13 types of pathology. Its practical value proved to be inefficient, so in 1957 a Polish doctor Wolanski has developed a classification based on the deformation curves of the vertebral column:

later this gradation was reviewed by doctors and is also slightly modernized. So there are new types of curvatures of the spine:

When legationsrat the type of curvature pronounced lumbar lordosis. Kyphotic posture is accompanied by hyperextension of the thoracic kyphosis. 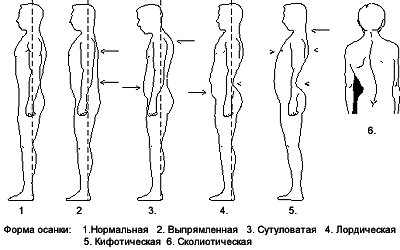 6 types of forms of posture

These changes often develop scoliosis, but this disease not relates to the curvature of the back. She is an independent nosological form. To distinguish between curvature of the spine in the lateral plane under the influence of muscles and true scoliosis some doctors use the term "scoliotic arc".

In 1962 appeared the classification of Nedrigaylov. It evaluates the changes of the vertebral column depending on the position of the functional segments of the human body and fixation of the joints of the lower extremities:

Poor posture is accompanied by a change of geometry of the spine, so in 1973 all types of pathology were classified depending on the tilt of the pelvic bones, curvature of the thoracic spine, the lumbar lordosis values:

In the frontal plane of the vertebral axis often shifts the child under the age of 16 years. This creates a scoliotic arc (not to be confused with scoliosis), in which the spine deviates from the midline position to the left and to the right.

In the sagittal plane the curvatures are divided into 2 groups:

While increasing lumbar lordosis (physiological confluence of the spine in the lumbar spine) and thoracic kyphosis (protrusion of the arc in the thoracic region) is formed krugovorota back. The total increase in vertebral arc creates logochicago type of spinal curvature.

When flattening all the curves of the spinal column, there is flat spin.

The Combined type is characterized by curvatures in the frontal and sagittal plane varying degreesseverity. To describe some doctors use the term "curve back".

Types of curvature of posture in children

The child is the main cause of incorrect posture is poor development of the muscular-ligamentous apparatus and the continuous growth of bones and joints. Principles of classification of pathology in children and adults differ.

On the correctness of the axis of the spine the child is affected by several factors simultaneously:

depending on these reasons, there are 5 types of displacement of the back:

The Above types of posture are not common, but help doctors to prescribe competent treatment of the disease.

Some paediatricians in the identification of the curvature of the back of the baby prefer to use a simplified classification, which includes the following types of posture:

In 2001, was designed gradation, taking into account the peculiarities of development of children. The authors Didur and potapchuk offered separately to highlight the posture preschooler, teenager, girls and boys because of the peculiarities of physiological structure of the vertebral column at these stages of human development.

Preschooler shoulders should be vertical, the abdomen is protruding forward, and the blades protrude slightly. In this case only the lumbar lordosis begins to form.

The child at school age the shoulder belt is a symmetrical, vertically arranged head and torso, the blade shifted to his back, a protrusion of the stomach is reduced.

Optimal posture boys and girls accompanied by a vertical body and head. The shoulders slightly lowered, the vanes are fixed to the back. The girls and boys nipples of mammary glands are symmetrical, well defined curves of the vertebral column.

Causes of curvature of the back

The causes of incorrect posture occur because of biological defects of anatomic structures of the person, the action of unfavorable environmental factors, a strong dynamic and static loads on his back.

Regardless of the cause incorrect posture, pathology in the stage of formation goes through two stages: predvoleny and disease.

At the stage of the pre-existing one does not feel pathological changes in the body. The initial manifestation of functional insufficiency of the organs are compensated for their backup mechanisms. It is noted the change of indexes of physical development. The above changes are reversible with skilled treatment or directed kinesitherapy (movement exercises).

The disease manifests itself by symptoms of scoliosis, osteoarthritis (General joint disease), back pain, upper and lower limbs, curvature of the back.

The Duration and impact of the causal factor on the human body lead to the formation of 2 types of pathology:

Reasons for bad posture is also cause phase for pathology:

depending on which phase of the process observed in humans, doctors choose treatment. There is also a difference between the principles of treatment of a sick child and an adult.

Some experts are considered to be stretching the most effective treatment for curvature of the back. It prevents compression (compression) of the intervertebral disc in the presence of scoliosis, round back and flat in humans.

The average complex stretching for adult consists of the following postures of the person and the force applied (in Newtons):

Treatment of lumbar traction is not supported by all experts. Some doctors have a negative attitude to this therapy, as it is believed that stretching at the same time increasing the intervertebral gaps will cause damage to the musculo-ligamentous structures.

There are effective exercises for posture that help to avoid scoliosis by strengthening the muscle corset back. Therapeutic exercise is the most effective prevention of warp.

Exercise to correct stooped posture, scoliosis, flat back and round in the global network a lot, so we will describe only the important principles of their application:

Principles of prevention of violations of posture

Prevention of violations of posture, scoliosis and other deformities of the vertebral column based on the following principles:

Normalization of nutrition with a curved spinal cord requires a special diet:

In conclusion: types of posture that lead to the development of scoliosis, compression syndrome and many other diseases. Readers should not be afraid of this diversity, as the statistics in 90-95 percent of cases, the spinal curvature is formed over the years. It is easily prevented, if effective prevention of violations of posture.