Tumor that grows from the Dura mater of the brain, is more often benign. Meningioma brain disease, which develops for a long time, but if it is malignant, doctors say its fast growth and spread to other tissues and organs. In this case, the forecast will be the surgical removal of malicious tissues. Scientists have found another equally insidious form of meningiomas – atypical. The definition of meningiomas gave American neurosurgeon Cushing in 1922. with In the treatment of atypical form of the disease in addition to surgery, the patient is shown the radiation therapy, as in the case of malignant meningiomas.

At the initial stage of the disease long-asserted. Be localized can and meningioma in the spinal cord. The most important task of a neurosurgeon is the removal of this tumour completely. Even more disturbing is the fact that meningioma is able to reside not in one but in several places the brain and spinal cord. There are cases where a benign tumor from becoming in imminent threat of becoming malignant. Anyway shown surgery and rehabilitation procedure until complete recovery.

Classification and distinguishing features of meningiomas

Statistics indicate that meningioma brain often develops in women. In some cases, doctors do not suggest that you urgently start treatment. If the tumor is small and not growing, it can just be controlled, but only in the absence of characteristic symptoms. The most common age of onset is between 40 and 70 years. In most cases meningiomas are benign, rarely malignant. Only 5% of patients have atypical variant of this disease. Classification of meningiomas is as follows: 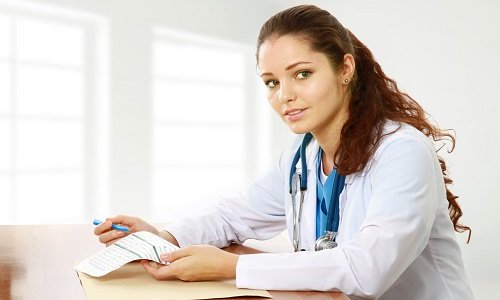 A brain Tumor, according to scientists, occurs as a result of radiation exposure at high doses. The appearance of meningiomas doctors emphasized the radiation and with low radiation doses. Most species of this disease is diagnosed depending on the location of the tumor:

The Consequence becomes malignant meningioma metastasis to the liver, lungs, bones. In this case, the disease is characterized by more than one symptom. According to the international classification of disease code is assigned to each type of meningiomas, differ based on the nature and place of education. If the disease is benign type, it has code for ICD-10 “D32”. To it is added to the digit with each new type of ailment.

When this type of tumor affects the cerebellum, the doctors diagnose a meningioma in his Tentorium. In recent years, the detection of deviations in activity of the cerebellum in the early stages of the disease becomes easier. This is due to the widespread use of MRI. Such a study helps to determine the way the surgeon access to the cerebellum, in which was concentrated a meningioma. But this is not enough: in diagnostic practice do not yet have enough opportunities to define several criteria for the most effective surgical intervention. 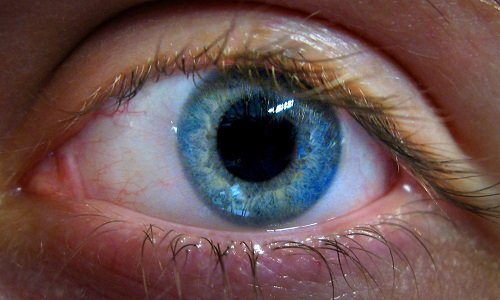 It is Often unclear in which direction extends the tumor in the Tentorium of the cerebellum. Knowing exactly where the tumor is, will protect the patient during surgery from injuries to adjacent structures and will completely remove only the tumour tissues.

The Cerebellum is the part of the brain responsible for coordination and balance. It is located in the back of the head. The functions performed by the cerebellum, rather important, and if it affects meningioma, it can not fully perform their tasks. To the cerebellum from the cerebral cortex receives impulses. This is the information that allows the body to regulate important body systems. On the characteristic clinical symptoms can be understood, in what area is stationed meningioma, which will significantly facilitate the work of a neurosurgeon. In the case of the cerebellum the features of such diagnosis is not yet possible.

Characteristic manifestations of the disease

The Symptoms in some cases do not appear often detect a tumor, doctors accidentally during MRI studies of humans with suspected other illnesses. The clinical picture is as follows: 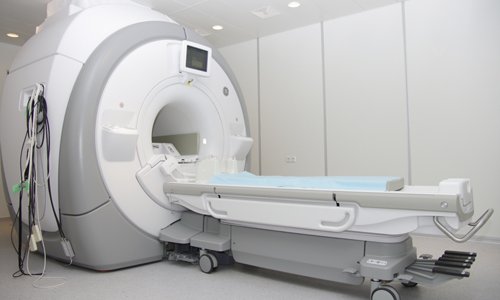 When there is a meningioma, as a reaction of the human body and manifest the following symptoms:

The Effects of tumors on organs and systems can be the following:

The Signs of a tumor are characterized depending on its size and localization, and ultimately result in removal of meningiomas of the brain, if it develops too rapidly, begins to put pressure on the brain or spinal cord harm. Genetics or adverse environmental factors? Scientists still can't accurately determine the main causes of meningiomas. 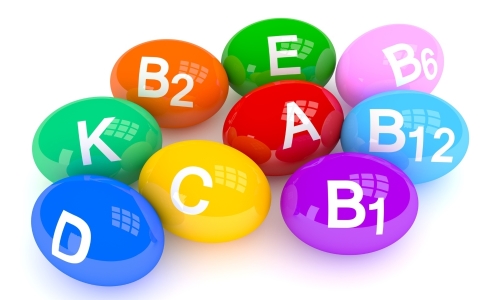 Should come to the appointment with the neurosurgeon, if you note in yourself even one symptom of a huge number of characteristic features of the tumor. Some of them are manifestations of other diseases, and if you cannot diagnose a meningioma, and will reveal a different disease, then the treatment will not take long. It is very important to do in the early stages because brain disease is quite dangerous and can delay their diagnosis is risky.

As head and spinal cord attached shell. They protect the soft tissues of these important organs. Doctors tried to understand why the tumor formed there, and identified risk group and characteristics that contribute to the manifestations of the disease and its consequences:

Diagnostic procedures for the detection of meningiomas in the brain or spinal cord start with checking visual acuity, proper coordination, reflexes. This is done during the customary inspection in the office of a neurologist and an ophthalmologist. After that, the doctor sends a detailed survey. Magnetic resonance imaging in combination with Mr angiography (specifies how vessels are located around the tumor) provides a complete picture of the neurosurgeon and the neurologist. Possibly computer tomography to build a high-quality forecast. It differs from MRI that a CT scan is a study using x-rays, and MRI electromagnetic field. 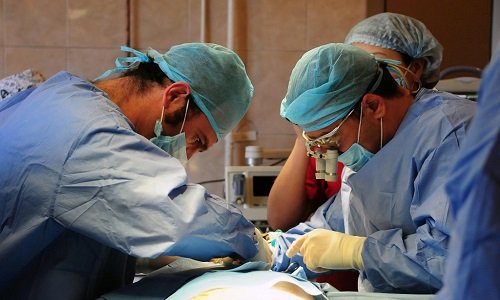 Magnetic resonance spectroscopy allows to obtain information about the chemical structure of tumor, its nature, more productive ways to deal with the consequences. There is a method of survey, as PET (positron emission tomography). He discovers recurrent tumor, the symptoms of which are pain in the head.

If there are 2 symptom of this disease and without an MRI, doctors often find out the kind of tumor (malignant or not) by biopsy. In this case, no operation is necessary. The surgeon separates meningiomas from a small portion and passes in a research laboratory. It is important to determine the type of meningioma right to choose the correct course of treatment.

getting Rid of insidious illness

The Main method of getting rid of malignant meningiomas – destruction in the process operation. Treatment drugs results, so do surgeons. They send the patient to radiotherapy. Chemotherapy for the treatment of meningiomas do not. Method of influence on the tumor depends on several characteristics.

The Doctor takes into account the size of tumors, stage of development, the location, the condition of the patient. The first thing to get swelling down and get rid of the inflammation – the doctor prescribes the corticosteroids. If the main symptom of be convulsions, prescribed medications based anticonvulsants. For operating meningiomas in very difficult cases attract experts in the world.

Treatment is often opposed to mere observation of the development of the disease. It is not always progressing, and surgery can be avoided. In this case, the doctor's prognosis is positive. Diagnosis is carried out not only once a year, and more often. If a meningioma will start to develop more intensively, in spite of the forecast of required operation.

In most cases, the tumor is removed completely, but when next to her there are organs whose failure poses a threat to life, the meningioma is not completely cut. Therefore, over time the appearance of the familiar symptom should immediately consult a doctor for examination. Relapses occur in 10% of cases. Physician notes after the operation of bleeding, a dangerous situation that can lead to infection.

To not come unwanted post-operative recovery, the patient is carefully prepared for the upcoming surgery. In addition to General it goes in-depth survey on the presence ofdifferent types of diseases that can affect the outcome of the case. Characteristics of any symptom of disease, which is present in humans, provide important information to the doctor. Tell him about everything that bothers you. If the meningioma has damaged the brain or spread to other organs, surgery and treatment will become more difficult.

When during the operation the meningioma is not completely removed, the surgeon designates radiation therapy. This treatment is based on the radioactive impact on the cause of the disease. The radiation destroys the tumor cells and the effects of its influence are avoided. You need multiple sessions for complete elimination of the disease. Irradiation effect on the same area. Among the side effects of this therapy have symptoms such as dermatitis, alopecia.

Now there is a more modern method to combat meningioma is stereotactic radiotherapy. The benefits are that the tumor itself receives maximum exposure, and the surrounding healthy tissue is low. This treatment does not require anesthesia or special preparation. Depending on the size of the tumor and symptoms radiosurgery may not apply. It occurs if a meningioma is huge.

What procedures will be required after surgery?

You only Need the strict supervision of specialists and post-operative treatment. It lasts quite a long time and is adjustments and related surveys. While it is possible to use folk remedies with which the restoration will be faster. Recommended to change the diet. In the diet should be added decoctions and infusions of viburnum, marigold. Their use will help to conventional treatment.

With their active well will be the rehabilitation of the patient. Inside accepted and decoctions of wild rose, mint, raspberry. It is important not to forget about vitamins D, f, A, E, b, and then the prognosis will be optimistic.