Home / Description, diagnostic methods, treatment of spine tumors and spinal cord / How to recognize and treat a neuroma of the spine?

How to recognize and treat a neuroma of the spine?

Neuroma on the spine is nothing but a tumor of benign nature. This disease is quite common. This tumor is formed in the area of the spine spinal nerve. It accounts for 20% cases of the total number of tumors in nervous tissues. Despite the fact that the growth of these tumors is slow, the disease is considered dangerous. Spinal neuromas can form of benign into malignant. In addition, by increasing the size may cause the patient severe pain.

Because of this, significantly reduces the quality of life. After all, the health of the spine plays a huge role in the normal functioning of the whole organism. When the neuroma in my spine in the first place, there is pain that does not fully commit to the movement. And that's just one problem, but there are other possible complications. For example, neuromas often result in bone disease. If a tumor in some portion of the spinal column is large, it presses on the spinal roots. For this reason, due to low sensitivity, there may be paresis and paralysis. 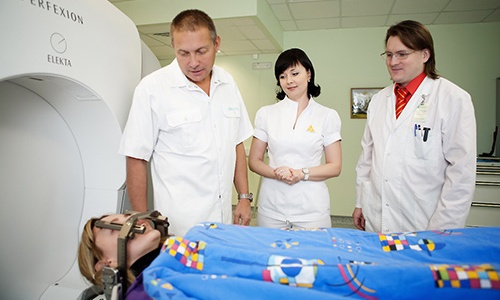 Diagnosis of neuromas of the spine

spine Neuroma (or schwannoma) of the subsidiary arises from Schwann cells of neural tissue that wraps each spinal roots. This disease predominantly affects women in middle age and older people. Most often the tumor is localized in the thoracic or cervical spine and, much less frequently in the lumbar region. During its growth neuroma often comes out through openings between the vertebrae, increasing in weight up to 5 kg. Along with this may include the following symptoms such as: 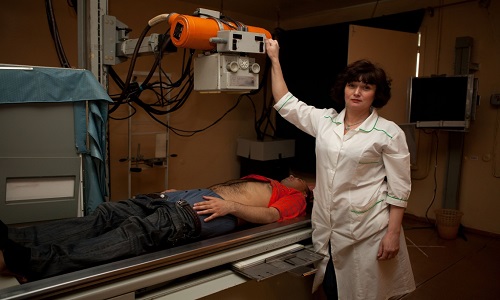 To Diagnose this disease at early stages is very difficult. Most often it is detected during the passage of x-ray examination of the spine. With this method the diagnosis of a neuroma can be identified when it already has clear signs visualised on x-ray images. The reason for the passing of any examination of the spine is the presence of the above symptoms. And the problem is that from the beginning of the disease before the manifestation of any symptom can take years, and the disease will already be in running form. And this is compounded by the treatment of neurinomas of the spinal column.

A Neuroma of the spine treated with either medication or removed surgically.

This medication is usually aimed as at reducing the rate of development of tumors and eliminate pain and other symptoms.

Surgically neuromas removed only when it is within the membranes around the brain. In such circumstances it can be completely removed. If the neuroma has moved beyond the meninges, it is possible to carry out only partial resection. Such a measure is necessary to prevent different disorders of a neurological nature. Also, the choice of tactics of treatment depends on the stage, size and growth rate of the tumor.

In the first stage, when there are no complications, neuromas require only continuous monitoring and periodic study of the dynamics of development. Drug treatment may be directed to its relief. Also, at an early stage is often used radiosurgery treatment, which is able to remove the neuroma without causing harm to the body. In severe cases, surgical operation is done immediately. But, this is only if there are no contraindications for surgical intervention. For example, patients with congestive heart failure or any other pathology may force doctors to delay the operation.