swelling of the spinal cord, of course, a terrible disease, which, however, is not so common in adults and in children can hardly be observed.

By its nature, tumors can be benign or, rarely, malignant. Mainly found in primary tumors of the spinal cord, these tumors are formed from the body.

Less common are the so-called secondary tumors, and they are transmitted to the spinal cord from the other body. Tumors are very diverse in origin, nature and type.

Consequences of the transfer of such diseases depend on the individual characteristics of the origin and development of the tumor. Often patient is completely free from symptoms.

General information about the disease

These tumors occur in people of Mature age. Starting with twenty years in rare cases can manifest itself is a serious disease. 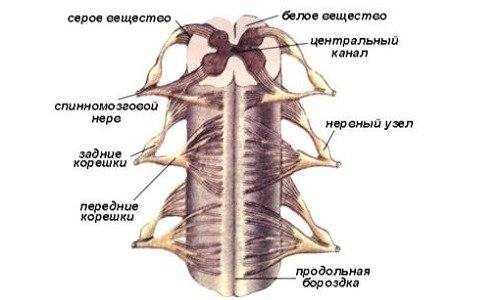 Tumors are divided, as already mentioned, primary and secondary. Primary, in turn, can be internal – that is, formed from the substance of bone marrow; it is very rare.

Extramedullary primary tumors are most common. These tumors are formed of substances adjacent to the spinal cord, and depending on the area of occurrence can be subdural – under the shell of this body. Subdural tumors constitute the majority of all tumors of this organ. Epidural tumors are located above the sheath of this body.

In addition, it is rare to meet the combination. That is part of tumor may be located above the shell, and the other part under the sheath of the spinal cord. Such tumors called respectively subdural-epidural.

Among extramedullary neoplasms of the spinal cord are distinguished: 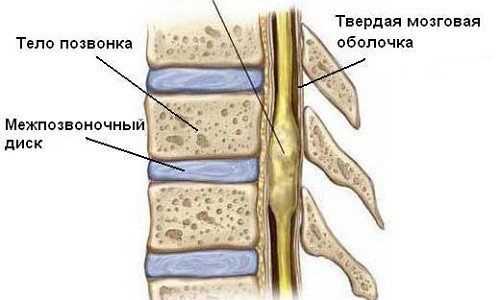 Intramedullary tumors is glioma. They form the majority among tumors vary within itself depending on place of origin. For example, ependymoma usually occurs in the region of cervical enlargement or in the lumbar region. Astrocytoma also tends to spread along the entire length of the spinal cord.

Secondary amaze the spinal cord, beginning in other organs. Can be a source of cancer of the lungs, in the thyroid gland and other nearby organs. The reason may be a tumor in the spine.

Symptoms and causes tumors of the spinal cord

Any tumors in the spinal cord disrupt its blood supply, further worsening the situation. Features of the progress of the disease is dependent on factors such as the place of occurrence, location relative to the spinal meninges, the stage of development of the disease portable and very individual. 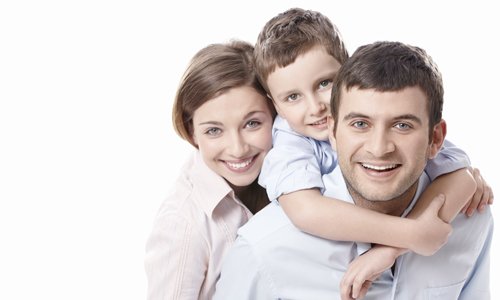 With extramedullary tumors as a result of compression of the spinal cord are formed of violation of the dynamics of the body and then can manifest and irreversible changes. The symptoms are mainly caused by this phenomenon – the effects of spinal cord compression. They always manifest themselves as pain. Symptoms may manifest as General weakness of the body, to cause numbness. In some cases, disturbed coordination of movements, in other worsens the sensitivity.

Despite the advancement of science and medicine forward, unfortunately, still unknown causes of neoplastic diseases. Can be called only triggers, which can be used to make a prediction:

Diagnosis, it is performed only in a medical facility. This initial reception at the neurologist, then the special surgeon. After this is done the laboratory tests, it is desirable to perform imaging of the spine on a special installation. There is another way of credible studies as electromyography. For accurate studies take a sample of spinal tumors for analysis, this procedure is called a biopsy. 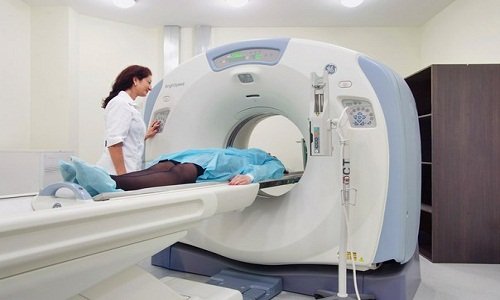 The External signs by which it is possible to suspect a tumor, are manifested as follows. People who have tumours in another organ, complains of back pain, a feeling of weakness, a feeling of poor coordination. On violations of motor functions in certain areas of the body can accurately determine the location of the tumor.

If we talk about treatment, then the only option is the use of a radical method – removal of the tumors surgically.

Benefit fromsurgery is different, it depends on individual factors.

Always a Benign tumor can be cured completely and seldom develops into malignant. Often, radiation therapy, combining treatment. Sometimes the result is complete freedom from disease. Approximately half of the patients after proper treatment disappear all the manifestations of this disease. Some tumors can be removed completely, for example meningiomas, intramedullary spinal tumor.

In most cases, this disease revealed at early stages of development, cure. So it makes sense to undergo periodic testing. And I would like to Express the hope that in the near future will determine the causes of cancer and find a cure for cancer.