Spondylosis of the spine: symptoms, signs, treatment, causes of disease 1 and 2 degrees 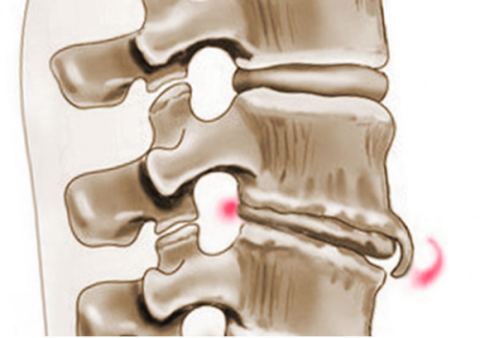 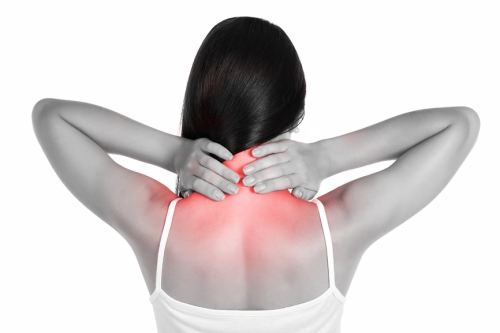 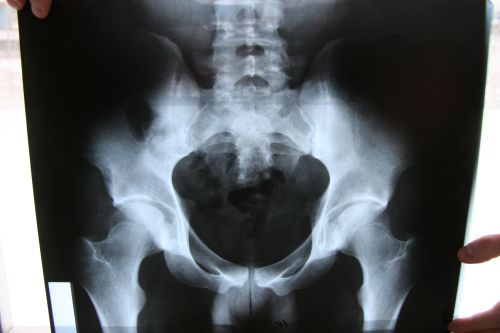 Home / Pathology of the joints, diseases of bone and cartilage structures of the vertebrae / Deforming spondylosis of the cervical, thoracic, lumbar spine

spondylosis Deformans is a involutional changes in the spine associated with rapid wear of anatomical structures. When this occurs, the destructive processes in the field of ligament-muscular system of the back, intervertebral disc degeneration, deposition of calcium salts in the region of the longitudinal ligaments of the spine. 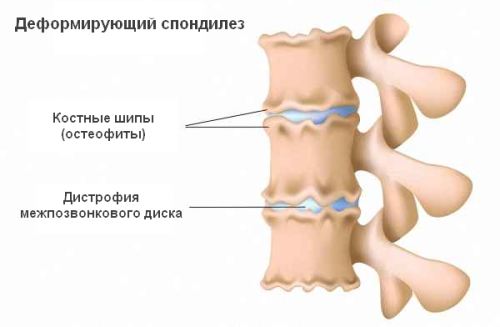 On an x-ray image pathology characterized by the formation of a kind of bone thorns ("osteophytes", "growths"). Their detection indicates a poor prognosis for future mobility of the affected regions of the vertebral column.

The process includes virtually all vertebral segments, so the symptoms of the disease are associated not only with limitation of mobility of the vertebrae, but also by compression of the nerve roots. This opinion is confirmed by the frequent co-occurrence of spondylosis with degenerative disc disease (reduction of height of intervertebral disks).

disease entities diseases such as spondylosis, osteochondrosis and spondylosis deformans doctors believe degenerative diseases. This opinion is especially pathogenetic manifestations of the disease:

It Should be understood that the above described symptoms are characteristic not only for deforming spondylarthrosis, but there are also at accompanying diseases: osteochondrosis and scoliosis.

The Main triggering factor of the disease is age. Over the years wear out anatomical structures: mikrotravmirovanie muscles and ligaments, overgrowth of non-functional fibrous tissue, deposition of calcium salts. Consequently the first symptoms occur most often in people over 50 years. However, pathology is getting younger and is increasingly appearing in young people at the age of 20 years. "Young" disease is easier to treat, as it has a focal character – the accumulation of Ca is found only in certain segments of the spine.

The Second precipitating factor deforming spondylosis should be considered heredity. When congenital weakness of the articular-ligamentous apparatus in the process of walking and heavy lifting the muscles and ligaments become injured. Further defects are closed by deposition of calcium salts in the region of discontinuities. 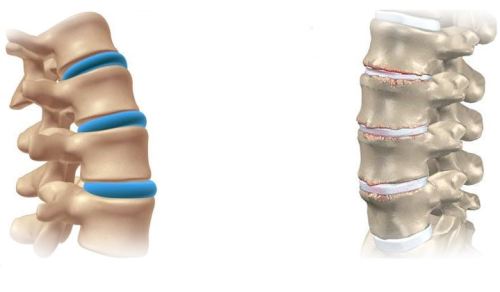 Deforming spondylosis of the spine is classified by localization, due to the peculiarities of the symptomatology of the disease.

read More about each of these types will be discussed below. 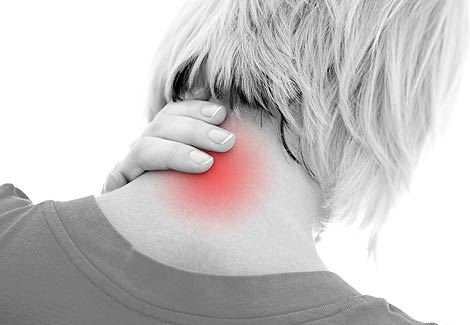 It Should be understood that the fusion between the vertebrae iscompensatory reactions to excessive loading of the spine. In the field of the application of vertical pressure to the body to create a resistance to the shock loads, as otherwise there is a pinching of the nerve root.

The first Mechanism is supported by increased tone of the muscle corset. When the forces of skeletal muscle is not enough and there are microfractures, bone osteophytes, are formed between the vertebrae.

Deforming spondylosis of the cervical spine dangerous because it leads to disruption of cerebral blood flow and neurological symptoms. If "spikes" compress the vertebral artery that supplies blood to about 25% of brain is a high probability of minor strokes.

Over time external pressure on the spine while spondylosis is increased, so the area of contact between the intervertebral discs and vertebral end plates of the vertebrae expanding. The situation is dangerous herniation. Their localization in the cervical spine dangerous disturbance of the upper limbs with limitation of muscle function and numbness of the skin.

To Treat deforming spondylosis of the cervical spine at an early stages, because over time osteophytes greatly increase in size and significantly limit mobility. They become the cause of failure of the functionality of the cervical musculature, resulting in the person has a stiff neck (e.g., sternocleidomastoid muscle).

Deforming spondylosis of the thoracic spine 1 or 2 degrees does not cause severe symptoms due to the fact that this part of spinal column edges are firmly fixed. The first signs of illness appear, when the background of the formation of osteophytes formed intervertebral hernia.

expansion of thoracic spondylosis dangerous formation of multiple intercostal neuralgia by the compression of nerve fibers. These symptoms are accompanied by encircling pain along the chest, pain in the chest, and restricted mobility of the upper limbs. In advanced cases there is a violation of the sensitivity of the skin.

In rare cases, growths affect the spinal cord with the formation of paresis and paralysis (complete or partial immobility). It should be understood that the symptoms are formed gradually, so when spondylosis 1 and 2 degrees, it is desirable to radical treatment to avoid life-threatening complications.

Of Course, cure the disease medication doctors rarely, but timely surgery is better than disability. 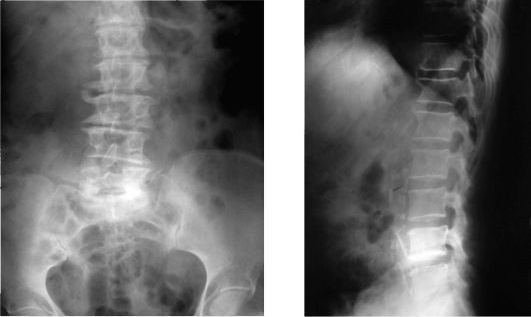 Deforming spondylosis of the lumbar spine is dangerous not in 1 or 2 stages, although it is often associated with pain in the lower back. Running pathology leads to disability due to the formation of the following symptoms:

Herniated discs in the lumbar spine is due to the fact that he is called "quenching" of the load cushioning when walking or lifting weights. In spondylosis blood circulation and the anatomical structures of a lack of nutrients. Strong depreciation pressure creates increased stress on the spine. Is disc dehydration (loss of fluids), so an intervertebral disk subject to cracking and loss in the region of the spinal canal (Central herniation).

It would Seem that if it was held early treatment of degenerative disc disease or scoliosis, disability could have been avoided.

Pain is in the first place by frequency of occurrence, as it appears with ossification of the cervical, lumbar and thoracic spine. Depending on the localization in medicine, it is divided into:

Cervicalgia – pain in the neck, which can be formed, as the formation of adhesions of bone (osteophytes) between the vertebrae and intervertebral hernia. The danger is that on the background of infringement of the nerve roots formed by the spasmodic contraction of skeletal muscle with impaired blood supply in the brain. As a result, cervical spondylarthrosis often ends stroke (rupture of cerebral vessels).

Lumbodynia Is manifested by painful sensations in the back. It is characterized by radiating to the perineum, lower extremities and the gluteal region. If the pathology is localized in the region of the lumbosacral plexus may impair functionality of the kidneys and the reproductive system. Dangerous syndrome a high probability of paralysis and paraplegia (restricted mobility) of the feet. 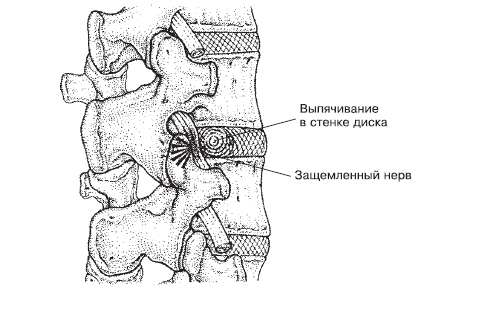 Sciatica – the common name of reducing the blood supply, which arises from the violation of the innervation in several parts of the spine. When the tissues lack oxygen and are destroyed.

Sacralgia – pain in the coccyx area. Degenerative spondylosis of lumbosacral spine – the most common cause of pathology. A typical manifestation of the disease are aching or dull pain in the lower back. They are enhanced by movement and a prolonged stay in one position.

The Above syndromes caused by infringement of the nerve fibers or nerve roots. It is important to distinguish:

When simpelweg amid spondylosis of the lumbar spine people clearly localizes the place of occurrence of pain and describes the radiating along the nerve fibers.

When the sciatica the patient is not able to describe exactly in what place his pain, as it occurs over a large area and often does not lead to a forced position. For example, when the lumbago (lumbago) pain increases sharply when you try to extension or rotation of the trunk. According to statistics, the severity of lumbago when the lumbar ossification of the ligament is about 50%.

The majority of patients with bone osteophytes between vertebrae observed violations of tactile and pain sensitivity. Against this background formed the symptoms of tension: 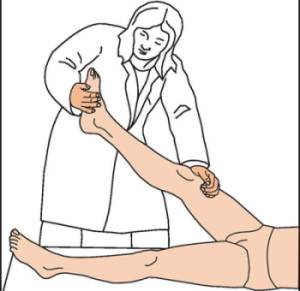 Due to the neurological symptoms of disturbed functionality of other organs. Thus, prolonged the existence of spondylosis of the lumbar spine can be observed a decrease of muscle mass in the thigh and lower leg.

Autonomic disorders on the background of the disease appear itchy, burning, stitching pains, worse when weather changes. They are difficult to distinguish from manifestations of the compression of the nerve roots, but it is possible, as autonomic disorders occur in the type of simpage. This person is clearly localize the discomfort, and after them it is possible to observe peeling of the skin, dryness and increased sweating.

Static disorders are associated with immobility of the spine. In people with spondylosis of the cervical spine is often observed straightening of lordosis (physiological concavity of the spine inside).

Bone osteophytes in the lower part of the spine not only lead to the formation of pathological curves, but and intervertebral hernias. Against this background, appear the following violations:

Thus, to identify deforming spondylosis of the lumbar spine, it helps to ask the person to tilt to the side. If due to pain he is unable to touch the fingers of the hands stop, but the body freely rotates on an angle over 180 degrees, a high probability of bony osteophytes in the spine.

These symptoms can occur in other diseases of the spine, so the doctors in the diagnosis of pathology are guided by radiography and magnetic resonance imaging.

Among visceral manifestations of disease are the following symptoms: 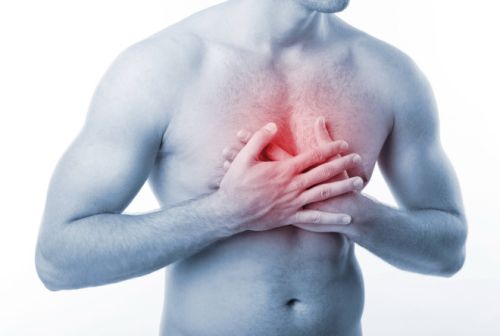 Cardiac symptoms are characterized by the appearance of pain in the heart area. Them for the most part forms a deforming spondylosis of the thoracic spine. Intensify the discomfort when sneezing, sudden movements.

A Feature of pathology is its similarity with heart disease (coronary artery disease, myocardial infarction). Palpitations and headaches forcing the patient to consult a cardiologist, but he does not find pronounced changes, while the ECG shows a normal result.

Due to a neurological cause such pain is not removednitroglycerin or validol. It goes away on its own if the person 10-15 minutes will be spent in the supine position.

Abdominal syndrome develops in the upper lumbar localization of pathological changes in the spine. It is manifested by pain in the epigastrium and right hypochondrium. At the same time the person had been a violation of appetite, constipation and belching. The clinic resembles a stomach ulcer, but after performing biochemical analysis of blood, gastrofibroscopy and examination of the patient, the doctor refutes intestinal pathology. The cause of the disease is an irritation of the solar plexus.

The Treatment of degenerative spondylosis complicated by the formation of osteophytes, with dense structure. Against them no effective medicines. Due to this we can say that the spondylosis is an irreversible process affecting the entire spine.

The Essence of the treatment of this disease is based on to resolve its symptomatic manifestations. Consequently, a careful examination of the patient to identify the symptoms and causes of the disease.

To Establish a diagnosis of "spondylosis" help x-ray diagnostic methods (radiography and CT), and magnetic resonance study. Only after identifying all of the pathological elements of the disease can start treatment.

step-by-Step scheme of therapy of spondylarthrosis 1 and 2 degrees:

Folk remedy to 1 the extent of the disease

When diagnosed with spondylosis of 1 degree, you can apply a treatment of folk remedies at the same time with medical appointments. A good effect in restoring blood flow back have leeches. However, leech therapy is contraindicated in spondylosis 3 degree, because it causes serious blood disorders.

folk remedies for the disease recommend the following teas:

You Should understand that despite the various causes of the disease after 55 years everyone should engage in the prevention of this disease. This requires daily exercises, regular control of correct posture, regular breaks in sedentary work, a visit to the offices of the therapist and the physiotherapist.

The Development of the disease it is better to prevent than later cure!

Even if your doctor has prescribed surgical treatment of the disease, should pay attention to his recommendations to prevent spinal cord compression, neurological disorders and disabilities.